Оrthodox tradition in the historiography of the XVII-XVIII centuries

The article considers peculiarities of formation of the orthodox historiographical tradition on the Belarusian and Ukrainian lands of the XVII-XVIII centuries, analyzes the work of the famous orthodox authors Sylvestr Kosov, Feodosy Sofonovich, Innokenti Gizel, Georgy Konissky. They are proved the historical rights for a freedom of worship of ―Ruthenians‖, propagandized the thesis of Slavic unity for the purpose of ensuring equality of Orthodox Christians on the Belarusian and Ukrainian lands and need of protection of ―belief of fathers‖. The description of the religious polemic literature of the XVI - XVII centuries, which caused discussions about a role and a place of Catholicism, Orthodoxy and an uniatstvo, became an ideological basis of orthodox tradition. 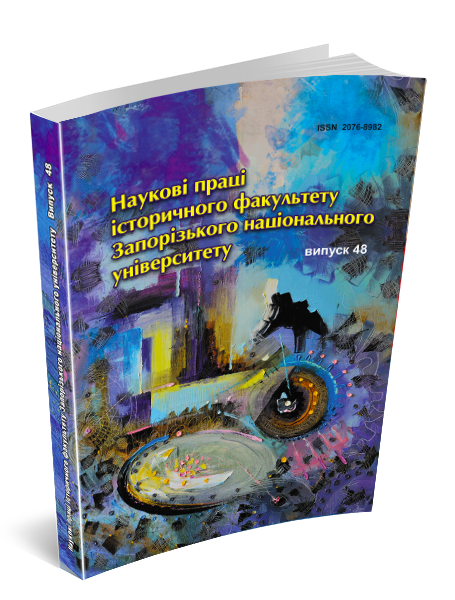 Published
2017-12-19
How to Cite
Barsuk E. (2017). Оrthodox tradition in the historiography of the XVII-XVIII centuries. Zaporizhzhia Historical Review, 1(48), 27-32. Retrieved from https://istznu.org/index.php/journal/article/view/321
Download Citation
Issue
Vol. 1 No. 48 (2017): Scholarly Works of the Faculty of History, Zaporizhzhia National University
Section
History of Ukraine